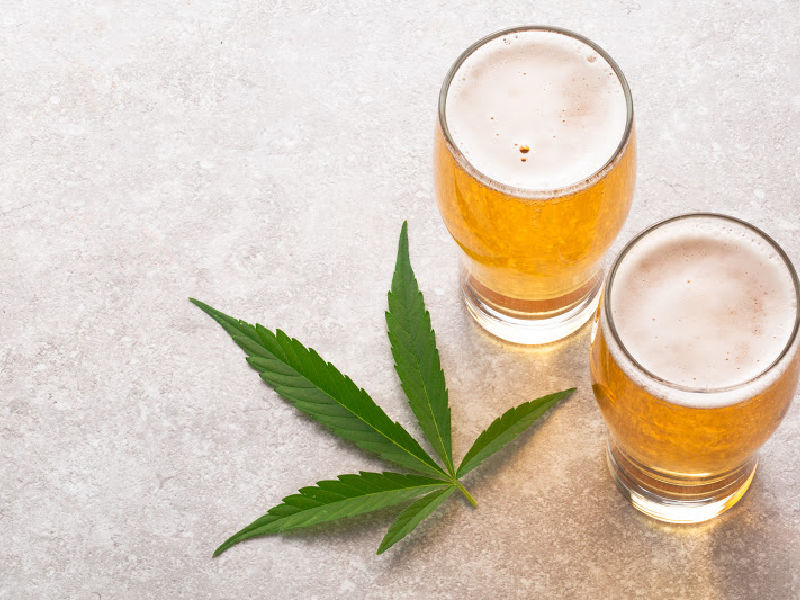 CBD, or cannabidiol, a plant cannabinoid that accounts for around 40 percent of cannabis extracts, has been used for various purposes, for decades now. Moreover, it’s not just limited to that: CBD, as CBD gummies and oil, is also used to promote certain bodily functions; and what’s best? It is non-psychoactive. That is, like just about every other cannabis product, this doesn’t get you high. Instead, if you’re an alcohol lover, CBD even acts against the sort of cell damage that is alcohol-induced and reduces the concentration of alcohol in blood, therefore, helping with a variety of withdrawal symptoms that come with it. So, by this point one must begin to wonder about what it is about CBD and alcohol interaction.

How Does CBD Affect Us? 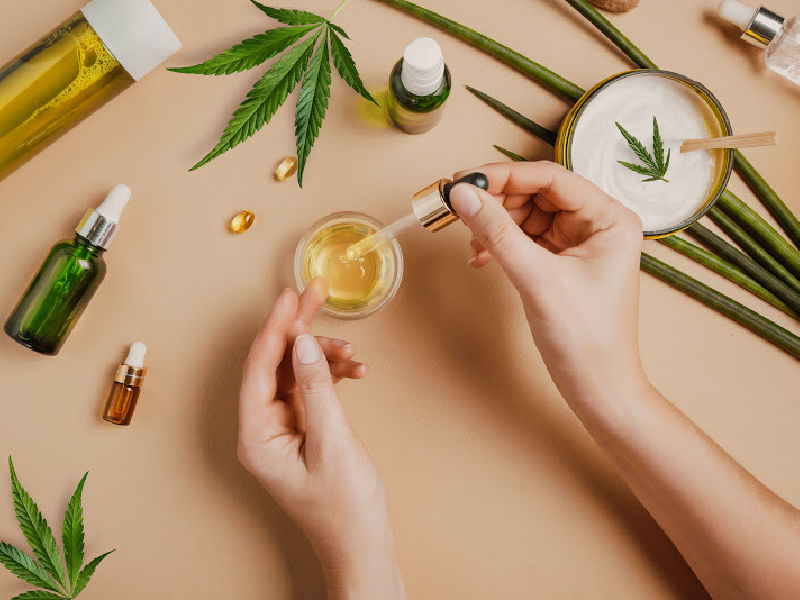 Truth is that there’s still much to know about it, and extensive studies are being done on the topic, but what’s clearly understood so far is that at the base of it is our body’s ECS, the endocannabinoid system, and its functions. The ECS regulates the body’s homeostasis, the internal balance.

So far, it has been studied and understood that CBD binds to some of the different receptor pathways present in the human body. These include, among others, the CB1 and CB2, which are also the most well-known cannabinoid receptors. When a receptor activates, it performs a plethora of functions, say regulate inflammation, other immune responses, and other types of functions. As it is, not all the reactions related to CBD that take place in our bodies are the same since our bodies don’t respond to everything in an entirely exact manner. As a result, the same CBD can lead to different results in different people. Moreover, it has been found that there are at least seven genetic variations (mutations) of the CB2 receptor and that can also affect the body’s response.

How Do Alcohol and CBD Interact? 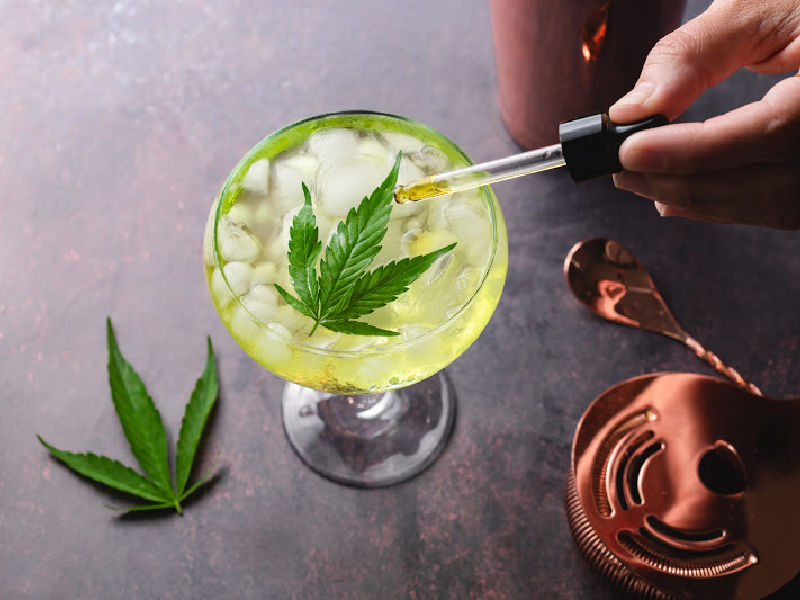 With all the possibilities of how differently CBD — as gummies, oil, or in whichever form you prefer it — affects our body, and with daily-improving methods of extraction for a better quality of the product, it is certainly reliable. Moreover, the qualities that CBD oil presents with alcohol only make it even better. It acts as a moderator, if not better than that.

Whatever limited amount of research we have with us at the moment only clearly states that CBD and alcohol, say as beer or wine, tend to amplify each other’s effecfts — although not on a negative scale. As it is, alcohol promotes feelings of relaxation by or without reducing our inhibitions. CBD works on a similar path and the result of this interaction can be increased sleepiness and sedation. However, the effect doesn’t present on a negative scale because instead of promoting any forms of cell damage that alcohol generally induces, it does otherwise.

As it is, the immediate effects of alcohol on mixing oil and alcohol don’t change, but on a long-term scale, it’s different in a way that the CBD tends to reduce the present blood alcohol concentration and counters both addiction and various symptoms of withdrawal.

Taking a keen look at this, in recent times, some of the alcohol-manufacturing companies have also played the smart game by producing CBD-infused beverages. If this interests you, you might even like hemp alcohol and similar drinks which act as a base for different drug-free products in the related areas of nutrition, cosmetics, medicine, and relaxing beverages.

So, while we might not have enough evidence to put towards CBD’s so far undisputed ability to mitigate the risk of the many adverse side effects that consuming alcohol can present us with, it is safe to say that mixing CBD and alcohol benefits us rather than it does otherwise. However, there have also been statements about adverse results.

What Happens When Someone Drinks Alcohol and Takes CBD?

Considering the brilliant machine that the human body is, different things affect it differently at different times. For example, alcohol doesn’t give you the same thrill all the time. This is so because alcohol, on drinking it, it’s not digested; instead, it passes into our bloodstream and reaches all the different parts of the body. In short, while in our bloodstream, it interacts with the contents of blood — which vary based on how we feel (because of hormones) — and, accordingly, alcohol invigorates or even calms us. Accordingly, there’s also a good time — or a bad time — to take CBD oil, or alcohol, as it is.

On the other hand, a lot is also affected by how long the CBD and the alcohol stay in our bodies. An average urine test detects alcohol between 12 and 48 hours after the last drink, and that also depends on how much. Similarly for CBD too, but it can only last up to 8 hours at most in our body, with an average duration of an hour or half for oils and edibles. You can read more about it here.

Still, if the question that worries you is whether you can mix CBD and alcohol, there’s nothing to worry about as long as you’re choosing the moderate amount. An excess anyway is bad in any case. However, if you’re uncertain about whether to take alcohol before cannabidiol or after, studies have shown concerns about THC there and not CBD. That is, from what we know, CBD oil and alcohol reaction isn’t more bad than good. THC, on the other hand, is different from CBD in that its psychoactive, and it can affect one rather severely. CBD is extremely safe if you compare it with THC, or tetrahydrocannabinol, which is actually the main psychoactive compound present in cannabis and produces the high sensation that one feels after smoking weed.

What’s better? Because of the way CBD works on our system, it is used as the right treatment for hangovers, for quite obvious reasons. Research suggests we might have scope for even better things.

Can CBD Oil Be Used for Alcoholism?

Against alcoholism, more so! Because of its use as a solution for hangovers, CBD has interested the scientists and researchers in assuming that it may help tone down the harsh alcohol withdrawal symptoms — which could certainly be true. While extensive research is needed for surer answers, its regulation of the body’s internal balance makes “CBD and the treatment of alcohol withdrawal” a possibility. Similar is also the case for nicotine dependence.

What Happens If You Mix Alcohol, CBD, and Nicotine? 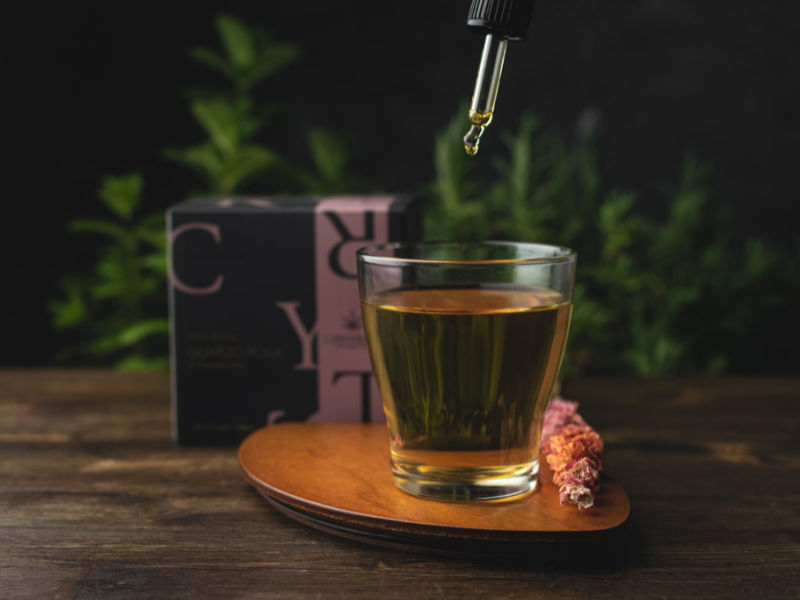 Not all of these together, of course, but as it is with CBD — used as vapes, oils or edibles — and alcohol, nicotine and the former have the possibilities of working similarly. As it is, some people use smoking as a way to manage stress or other unpleasant feelings. This is what Smokefree.gov of the National Cancer Institute (NCI) found in a survey. But on the other side of it, nicotine, tar, and carbon monoxide, which are released on smoking tobacco don’t have the same, stress-relieving impact.

Owing to the non-psychoactive properties possessed by CBD, it is believed that using CBD with — and then without — nicotine might be useful for managing emotions, all without having to go the wrong way.

However, studies have also found that the interactions of cannabidiol with stimulants can cause weight decrease, mostly as a result of reduced appetite, and sleep disturbance (insomnia, etc). This is why it is advised, before all else, that one must get in touch with their doctor before deciding to use any cannabinoids — even CBD.

While taking CBD oil and drinking alcohol, in moderate amounts, seem to be a good combination, as mentioned above, there isn’t enough research to staunchly support all the positive claims. However, the research so far hasn’t made this phytoextract a bad thing, owing perhaps to its important role in our body, other than proving to be a counter mechanism for all-things-bad from alcohol. As a result, there are all the different kinds of CBD products in the market, from CBD-infused oils, body creams and lip balms to bath soaks and even protein bars, among many other things.

So, with proper consideration from your doctor, you can either decide to go for the said combination or, in case you don’t really feel up to it, you could just go for CBD instead of alcohol when in need. 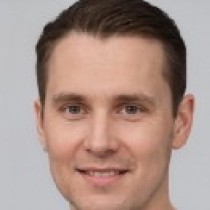 Charlie Thompson is an expert cannabis botanist and a plantsman who believes that our lives revolve around plants and that a person can create the healthiest version of himself by exploring the power of plants. Charlie, who's the Chief Editor at Divine Hemps suggests that choosing the right CBD product is as crucial as getting the right form of treatment for your ailment. He closely works with the team of Divine Hemps and helps them create unique formulations of CBD that are tailored to customer's needs and are safe, pure, and lab-tested.

At Divine Hemps we believe in great experiences. That’s why we rigorously focus on product quality, transparency, and your well-being. We believe you deserve better, and we’re here to change the landscape of modern self-care.